While we originally planned for 40 Docker Birthday #3 celebrations worldwide with 1,000 attendees, over 8,000 people registered to attend one of the 125 celebrations across 5 continents! A huge thank you to all the Docker meetup organizers who worked hard to make these celebrations happen and offer Docker beginners an opportunity to participate in hands on Docker tutorials. In case you missed it last week, check out the pics from all of the #dockerbday celebrations including the awesome birthday cakes!

None of this would have been possible without the support (and expertise!) of the 600+ Docker users who signed up as mentors to help newcomers learn the Docker basics as they build, ship and run their first distributed applications with the Docker Toolbox.

Last but not least, a big shout out to all of the Docker Birthday #3 global partners who contributed to the success of these events and ensured that they were inclusive for everyone attending.

Thank you #dockerbday global partners for making events inclusive for all in the #Docker community!

In case you missed the celebrations, all of the training materials are available here: github.com/docker/docker-birthday-3

Make sure to complete these steps to get your work environment ready:

Participants in the training will go through the steps involved in running and developing a simple voting app from a fresh computer using the Docker Toolbox which includes the following: 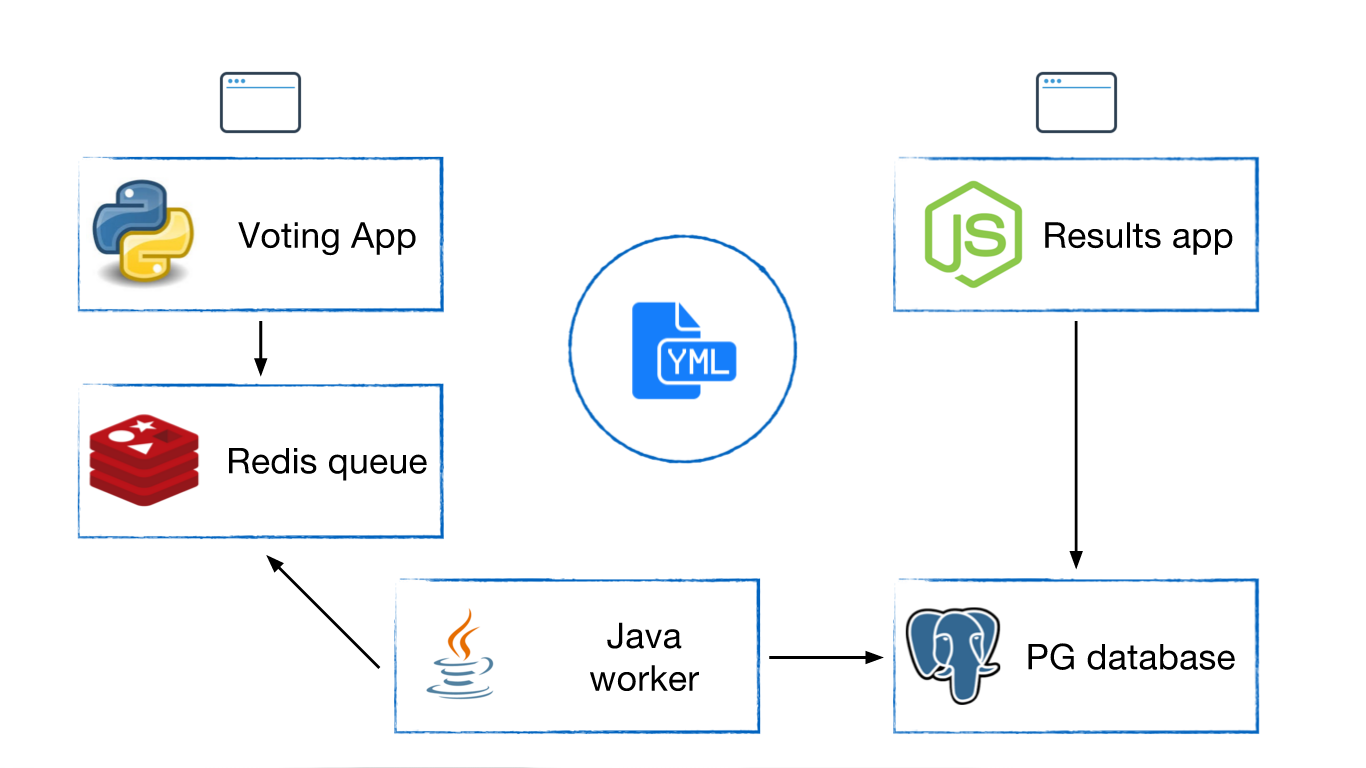 There is a self-paced beginners’ tutorial for attendees to learn Docker basics as they build and deploy this app locally. At the end of the tutorial, every participants who successfully built their app will receive a submission ID. At this point, go to dockerize.it and enter that ID in the submission box above the following map. It will take a few minutes for the submission status to go from “pending’ to “accepted” and for your pin to appear on the map! 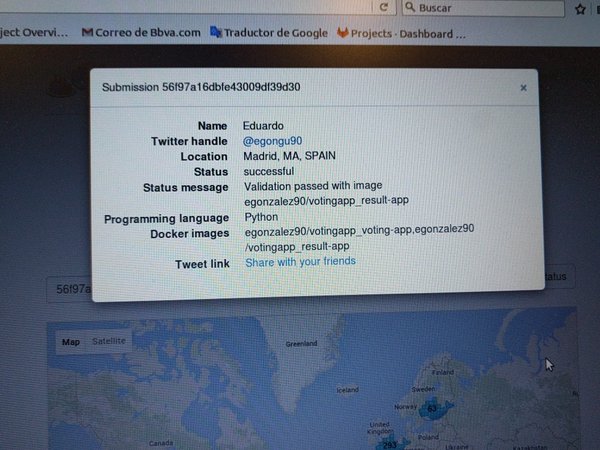 Complete the tutorial and add yourself to the map!

Once you finish the tutorial, we encourage you to continue hacking on the app! We’re running a challenge for the best hack to improve this app by Monday, April 18th at 9am PST. The best hack wins a very special Docker swag package and complimentary pass to DockerCon 2016! The two runner-ups will receive an awesome Docker hoodie and all of these hacks will be featured in a blog post on blog.docker.com.

We encourage you to build a cool hack based on what you learned. Our advice is to be creative, make sure it’s useful and most importantly, have fun!

Here are some ideas the Docker team brainstormed:

In order to qualify for the prizes, you must follow these steps by Monday, April 18th at 9am PST:

Birthday celebrations all around the world!

From Sydney to Sao Paulo, Kisimu to Copenhagen and Minneapolis to Manila, it was so awesome to see the energy from the community coming together to celebrate and learn about Docker! Check out this cool video from Docker Madrid‘s birthday celebration.

Whether it was mentors helping attendees, newcomers pushing their first image to Docker Hub or attendees mingling and having a good time, everyone collaborated to make this birthday week a success as you can see on social media.  Here are some of our favorite tweets from the celebrations:

Best #dockerbday EVER at the wonderful @WAmsterdamHotel! The Dutch community is amazing, thanks to all attending!! pic.twitter.com/GwoL5h8FQZ

Awesome @docker Birthday party! Thank you for all participants and our sponsors @minderaswcraft @alticelabs @feedzai pic.twitter.com/V3p0NgZNpn 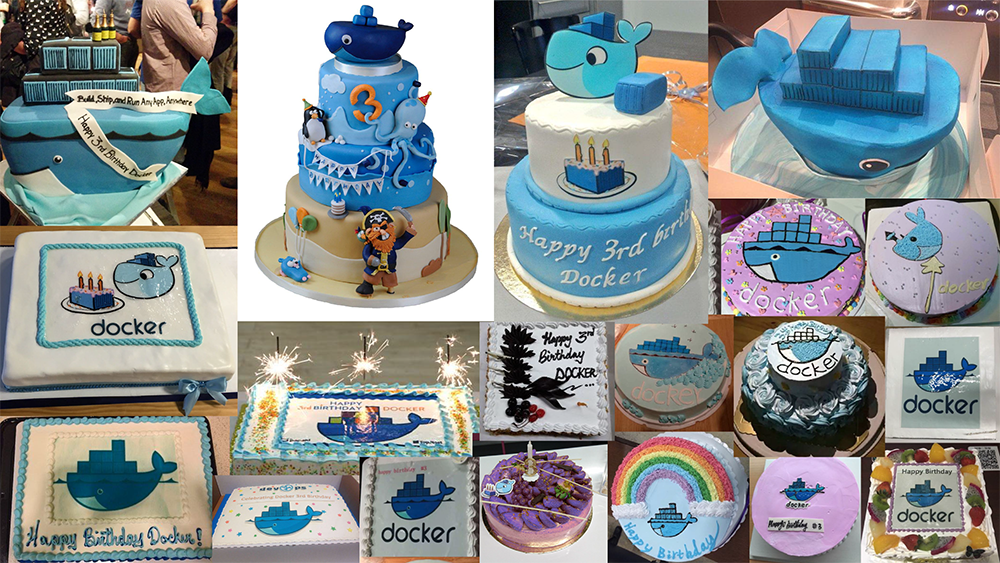 And of course, no birthday would be complete without birthday cake! It has been really fun seeing all of the amazing Docker birthday cakes from the worldwide community.

Special shout out to Docker Randstad and Docker Bamberg meetup groups! The attention to detail in these two cakes were phenomenal and really wowed everyone here at Docker HQ.